It’s not every day that you come across an alternative rock band made up of individuals of South Asian descent, but here comes Redhanded.

Hailing from London, the band consists of four incredible musicians.

The school friends birthed Redhanded in 2015 and began commissioning the stage at Enterprise Studios in London.

Covering rock anthems from the 90s, the quartet slowly gained notoriety among fans and musicians alike.

As they adore and continue to pay homage to these iconic tracks, the band have taken to writing their own music to show just how creative they truly are.

Redhanded’s sound is uplifting and contains all the elements you’d expect from a classic rock band.

However, their intertwining of melodic blues and electrifying jazz helps create their signature alternative rock sound.

This can be seen in particular on the band’s first album. Retrograde (2022).

The project is full of raw vocals, metallic guitars and fantastic bass and drum work.

So we caught up with Redhanded to talk all things rock and how their debut album is setting the tone for their career.

How was your passion for music born?

One of the things we have in common as a group of musicians is our undying passion for music.

For most of us, it was a friend or an older brother who introduced us to music, especially the rock genre.

We grew up in the 90s and it was a really exciting time to listen to everything from grunge to progressive metal with some remnants of 80s music still widely followed.

Most of us have explored much older music, including blues roots dating back to the 1920s.

Although we have our own original and fresh approach to the genre, there are clearly legends in our music at the time that sparked this passion in the first place.

Which artists or songs have inspired you the most and in what way?

We think our sound is quite unique as the range of influences from each member of the band is quite different.

From root blues to progressive rock, metal and industrial, our sound has been influenced by a wide range of artists and genres.

“The list of bands we’ve named in the past includes Incubus, Muse, Led Zeppelin and Tool to name a few.”

Individually, each of us also has non-rock musical genres that we enjoy and it’s cool to have certain elements that seep into the songwriting process as well.

How would you describe the sound of Redhanded? 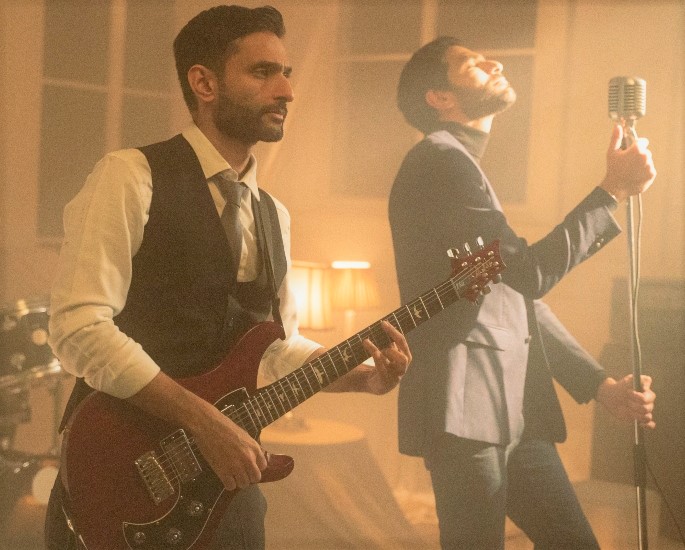 One of the unique characteristics of Redhanded is the mesh of different styles that each of the musicians brings to the table.

We arrived at an energetic and bold sound that aims to electrify the audience, but also provide introspective lyrical content.

We draw inspiration from the influences of classic rock, grunge and progressive metal.

However, the group established an individual modern interpretation of these styles.

At a Redhanded concert, you should expect to feel the need to jump and move your head a lot!

What elements of alternative rock led you to follow this genre?

There are musical acts and bands that could describe themselves as purists of a particular genre like metal or punk.

For Redhanded, that was never really an option given the characters involved, nor an exciting enough prospect to write music.

What’s fun about writing music together is exploring how far we can pull a song from one genre into the realm of another.

“And then pull it back again to create songs that don’t feel constrained by traditional limitations.”

Alternative rock is therefore an excellent compromise where we feel free enough to be able to deliver the music that really speaks to us.

How does it feel to release your first album ‘Retrograde’? 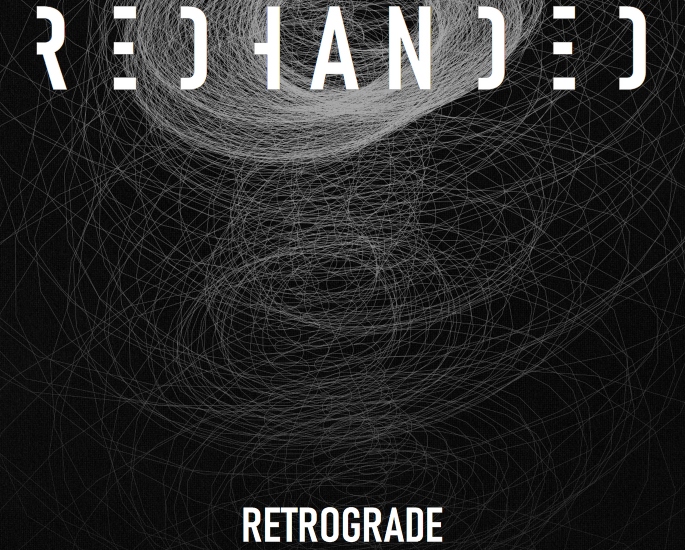 It has been the joy and experience of a lifetime. The whole process was a learning experience for the group.

To start by recording demos and experimenting with different layers and instruments, was amazing.

Then we sat down in the studio with our amazing recording and mixing engineer Prasheen Naran and went on to record the album itself.

Releasing the album itself on various platforms and shooting our music videos to support its release has been absolutely amazing.

We’re still working on visualizers for a few tracks that you should expect to see very soon!

Can you tell us about the project from the first ideas to its completion?

Work on this album began many years ago when the band met at the legendary Enterprise Studios on Denmark Street to brainstorm all sorts of ideas.

Over the years the ideas have been developed and refined.

“The full tracklist has been curated to represent a body of music that we believe brings a mix of energy.”

In addition to creating a lot of emotion, intellectual curiosity and entertainment.

The feeling of releasing the album to the world has been special, and the reception has been fantastic.

What are your favorite tracks from the album and why? 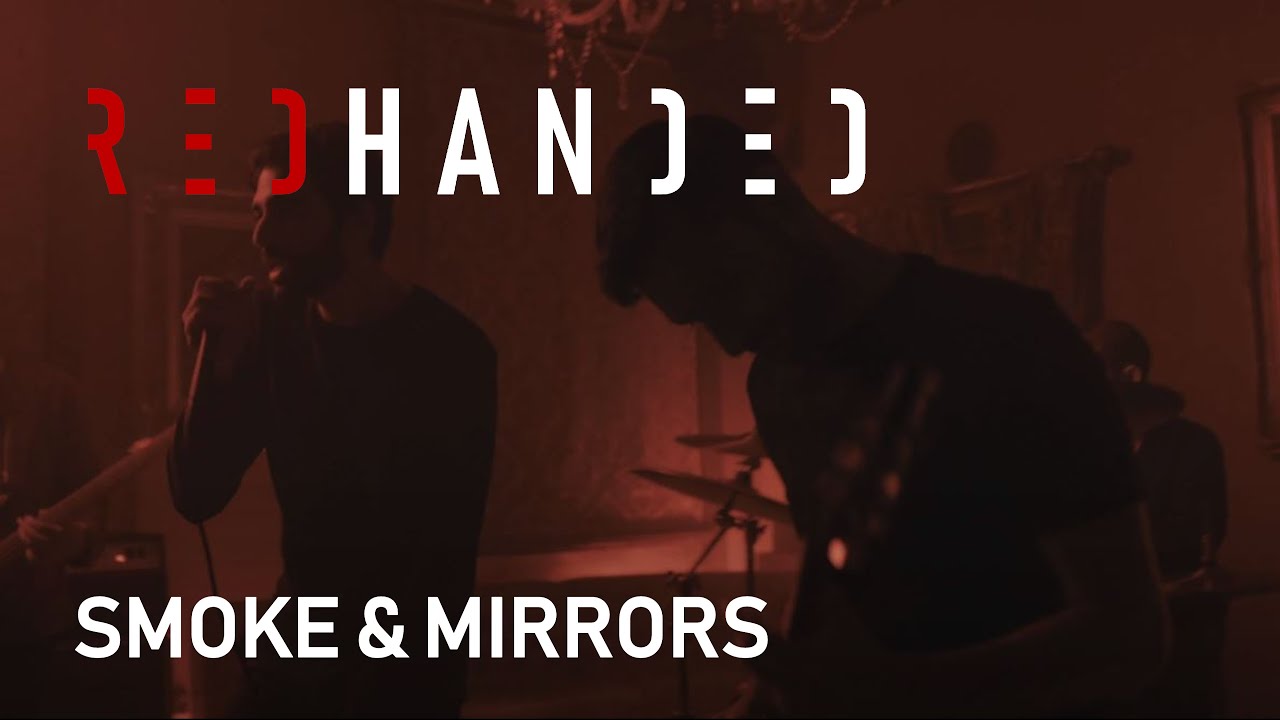 This is a great question to ask us if you want a healthy debate among band members!

We believe that each of the tracks evokes a different type of emotion and explores themes that may vary to some extent.

We’re really proud of the release of ‘Smoke & Mirrors’, it’s a song we love to play live.

It racked up views and plays on YouTube and Spotify faster than any other track.

While the numbers are important, we think this song showcases the band’s creativity, and if you haven’t heard it yet, you need to give it a listen!

What kind of themes do you explore?

We haven’t deliberately sought out specific themes, but we’ve no doubt all shared some experience lately with what the world is going through.

It is natural that some of them show through in the writing.

There are therefore many recurring motifs such as the feeling of being stuck or trapped, the cyclical nature of events and the illusion of progress.

And then of course the fight and the aspiration for a better future.

“It wasn’t that difficult because it wasn’t part of a grand design. We didn’t try to force meaning where it didn’t belong.

Things seemed to fall into place as we went along and ended up being driven by these patterns.

What was the reaction to the project? 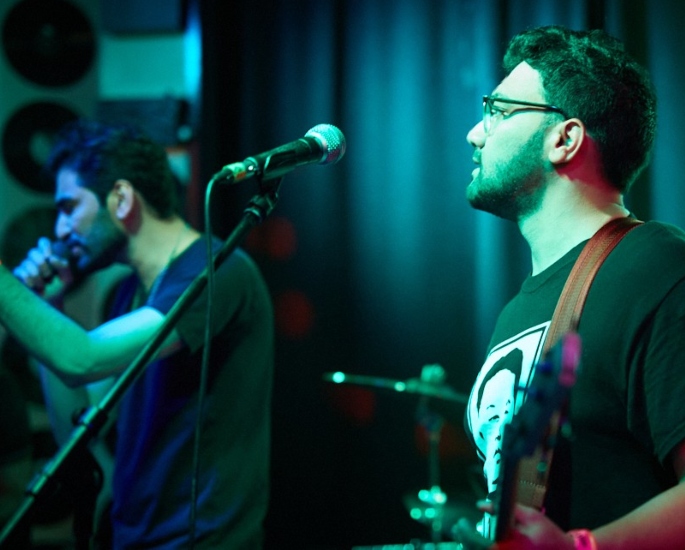 We didn’t really know what to expect when we released our first album as an independent band – so far the response has been absolutely amazing!

We received positive feedback from members of the press.

We have been featured in a number of major online publications (including Rolling Stone India) and was offered a prime slot to play 93 Feet East in August 2022.

Additionally, some of the singles have made it into popular Spotify playlists and our music has been played on a few radio stations.

In the end, the response far exceeded our expectations, and we hope to capitalize on this momentum to continue making more music!

As South Asians, did you find it difficult to explore this space as musicians?

Some of us went to school together and fell in love with this type of music back then by coincidence.

There were many groups at school and some of us were part of them.

“It’s certainly not a mainstream genre in South Asia, although bands from the region have had quite a bit of success in the past.”

Plus, we’ve seen some of the genre’s crossover hits morph into popular music on TV or in movies.

We are very proud to have followed this direction – at the end of the day, the music you write should be what you like and not an imitation of something you think is just popular.

Would you ever consider exploring other musical genres? 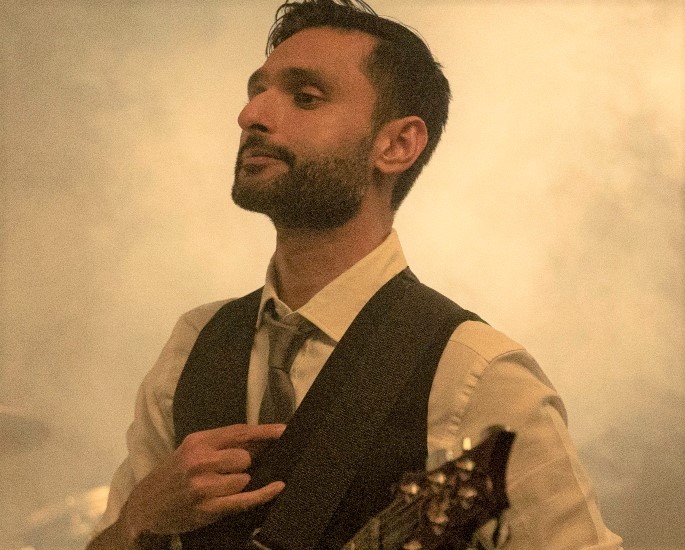 Absolutely! I don’t think we’ll depart from our rock roots, but within that prism there’s room to explore influences from many other genres.

Electronic music and mainstream pop offer a lot of interesting things to think about.

Although our South Asian roots offer a differentiated way of thinking when it comes to music.

There is a natural inclusion in the guitar playing that draws inspiration from South Asian raags (scales).

Whereas areas of chanting such as qawwali are things that we are all big fans of and would love to gain influence from.

Could you tell fans about future exclusive projects?

At this time, we are finishing the last elements of the publication for Retrogradewith some visuals on the horizon.

The band will be playing a live concert next month (August 19, 2022, at 93 Feet East) with potentially more to follow!

“Currently we have identified a single that we think could be exciting to release before our next album.”

So keep an eye on our social media for more on this in the coming months!

There is no doubt that Redhanded is full of energy and their love for their craft speaks volumes.

It will be very interesting to see how the band explores other genres, especially incorporating South Asian sounds.

South Asian rock bands are rare, but Redhanded are pioneers in breaking that narrative.

Still reeling from the success of Retrogradethe band hopes the album will shed light on bigger things to come in the future.