What is the best Harry Styles movie? OK, we know there’s not a whole lot to choose from, but we love making lists and forcing movies to compete for a fictional crown.

Somewhere between his time in One Direction and his own solo music career, Harry Styles also managed to break into Hollywood and land some really big roles. When he’s not circling the planet as a beloved popstar, Styles has appeared in the MCU and worked with Christopher Nolan — not bad, really.

Styles also has two other films on the horizon – the drama films Don’t Worry Darling and My Policeman – but until they arrive, here’s our attempt to rank the Harry Styles Movies. Let me tell you, reader, it was pretty easy to pick the winner here.

Eyebrows were certainly raised when esteemed director Christopher Nolan revealed he cast popstar Harry Styles in an epic war movie, with Styles having no prior acting experience. Surely it would be weird to see such a recognizable celebrity in the midst of such a sensitive historical story?

Well, somewhat surprisingly, Styles delivers a really solid and compelling performance. So much so that you soon forget he’s a megastar musician and are able to fully invest yourself in his journey as a character. Dunkirk is an amazingly directed film based on a true story, excelling in its technical elements and capturing a moment in human history with exceptional storytelling. 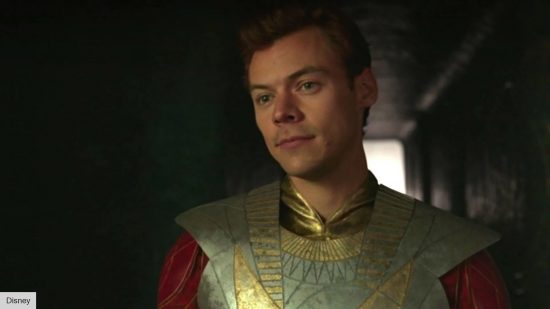 There’s a class chasm between the first entry on this list and this particular MCU movie, but in truth, very few issues with the latter can be blamed on Harry Styles. The reason is that he only shows up for a quick post-credits scene in the Eternals ending.

Taking on the role of MCU character Eros, AKA Starfox, Styles is technically the brother of Marvel’s big purple villain Thanos – you can see the resemblance, can’t you? This Marvel movie is guilty of dodgy CGI, an overstuffed cast, and a slow story, and ranks among the weakest in Marvel’s Phase 4.

It didn’t take long, did it? If you’re a fan of Harry Styles, you might be interested in our list of the best musicals of all time. And, if you’ve been living under a rock for a few months, you really should dive into all the Don’t Worry Darling drama that’s begun.