You know how it goes – you’re in the pub talking about your new favorite number, when a friend asks you if you already know the grindcore scene that marked the era. It’s fair to say that musical genres have come and gone at a breakneck pace since the arrival of Hot Press, but some have had far more resistance than others. We take a look at a selection of the most essential movements of the past 45 years and hear from some of the key participants along the way…

Originally, ska developed out of the Jamaican sound systems led by heroes like Coxone Dodd, Prince Buster and Duke Reid who, while playing the latest American Rhythm and Blues records, wanted to create their own sounds and combined what they heard with local mento and calypso to create upbeat music that emphasized offbeat and paved the way for reggae. This music was naturally popular with Caribbean immigrants in 70s Britain. The genre that became known as Two-tone – the name comes from the label founded by Specials mover and shaker Jerry Dammers – has brought together the rhythms of those great ska records with elements of punk, especially the harder guitar. Dammers started his band in Coventry in 1977, and they received an early boost from Joe Strummer who, having seen them play, invited them to open for The Clash on their On Parole tour. Sharing the political outlook of The Clash and arriving at the time of the Rock Against Racism movement, The Specials were multiracial in membership and outlook.

Nailing their colors to the mast, the Specials’ first single was a cover of Prince Buster’s “Al Capone,” retitled “Gangsters,” and it charted in the top ten in 1979, inspiring many to embrace the pork pie hat and a clean look. . illustrated by this famous 2 Tone Records logo. Elvis Costello has produced his impressive debut album, and you should bow your head in shame if you don’t already own a copy. As well as Dandy Livingstone’s “A Message To You, Rudy” and Toots Hibbert’s “Monkey Man”, it aired such dispatches from Thatcher’s Britain as “Concrete Jungle” – not Marley’s – and “Too Much Too Young”, who admitted his debt to Lloyd Charmers’ “Birth Control”. The band hit its peak in 1981 with the wild, state-of-the-nation No. 1 hit, ‘Ghost Town,’ a polemic you could dance to.

Other major players in the ska revival include The Selecter and the Beat, and even the Bad Manners cartoon, but it was Stiff Records band Madness that managed to turn the raw material into gold. . Having formed a year earlier than The Specials, in Camden Town they began to build a following in 1979, the year they released their first single ‘The Prince’, which like The Specials handed his cap to the mighty Prince Buster.

Aided in large part by hilarious and brilliant videos, Madness had fifteen UK top 10 hits and even cracked the US charts with “Our House”. They and The Specials are still on tour and the influence of the movement they led has been written all over the third wave of ska that emerged from the American punk scene, with bands like Fishbone, The Mighty Mighty Bosstones and the platinum disc generating the success of Gwen Stefani and No Doute. Mind you, precisely none of these third generation bands could compete with this debut Specials album. “Stop messing around / until you straighten up / or don’t want to come in.”

“The band was falling apart when we recorded ‘Ghost Town’. The mere fact that it was recorded was in fact a miracle: it was a triumph of the will. It wasn’t a good time, but it was a fantastic piece of music. 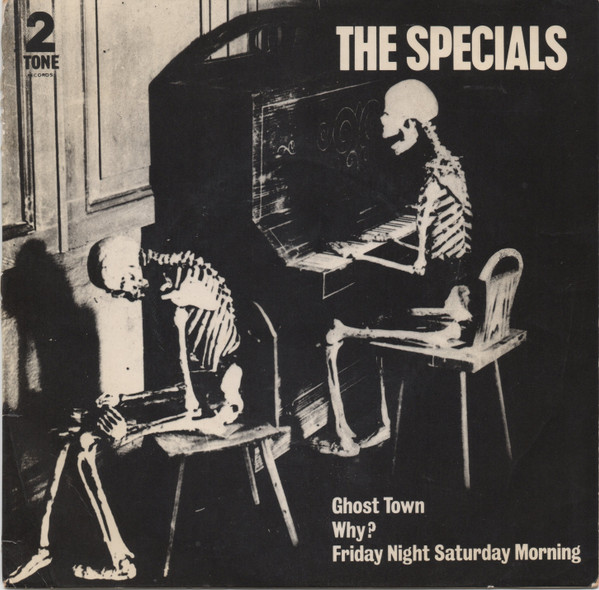 Read all Every crashing wave feature in the 45th anniversary issue of Hot Press, out now: